The Bridge is the 5th stage in Pixelated World in Campaign.

After leaving the hospital and trapping zombies inside, Newbie finds a helicopter in the air and tries to get its attention. He follows the helicopter, ending up at the broken bridge.

It can be found on top of the first bus. You can either parkour to the top or use either your Signal Pistol or a grenade.

It's in the green dump truck hanging on the edge of the bridge. Make sure to not accidentally walk off the edge.

This is a neglected reddish brown bridge that has collapsed, with a medical tent and a giant mechanical gate in the back, behind where the player spawns. The rest is an assortment of crashed buses, cars, and police cars. Some cars have their headlights on. The bridge appears to be the Golden Gate bridge located in San Francisco, California. There is a room with bloody bags in the tent, presumably containing bodies, inferring an infection had occurred here. 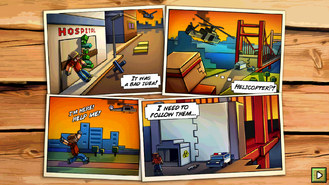 The Story comic for Bridge. 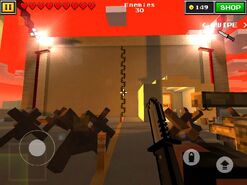 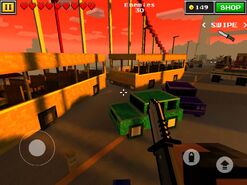 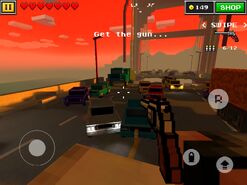 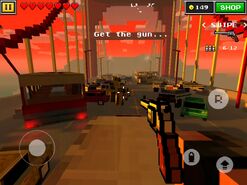 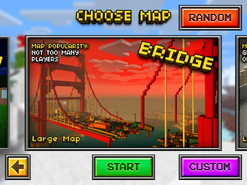 The multiplayer icon for Bridge. 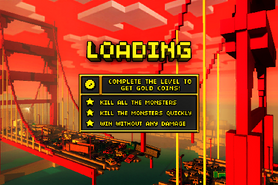 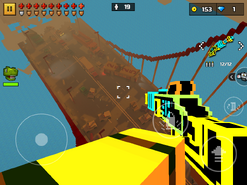 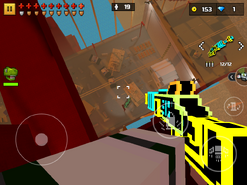