84 pages in the pets system

In the Pets System, pets are creatures that can be obtained from eggs. They fight on your side, whether you are playing a multiplayer mode or a singleplayer mode. They can also be used in Sandbox mode. However, like how you forcefully act in Sandbox, they act like peaceful animals.

Pets, similarly to Weapons have their own stats which depend on the species. They can be trained once the player collects enough Upgrade Points, and spends his/her virtual currency on training his/her pet. You get one single training point whenever you find a Pet that you already have. All pets teleport to the player once far enough so the player doesn't have to worry about it being lost.

Eggs are an essential source on getting pets. Once one of them hatches, it's possible to receive a new one with the Egg Delivery, which takes up to 12 hours to deliver an egg. It doesn't matter what part of the shell is colored, only the main color (red, green, purple..) indicates the rarity of the egg. 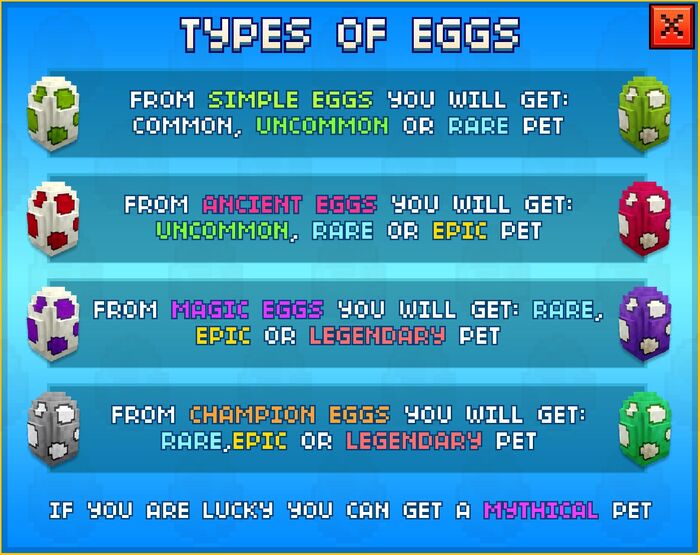 and allows you to receive 3 random eggs immediately. They can give you Legendary, Epic and Rare pets. For more information of this feature, see Super Incubator. 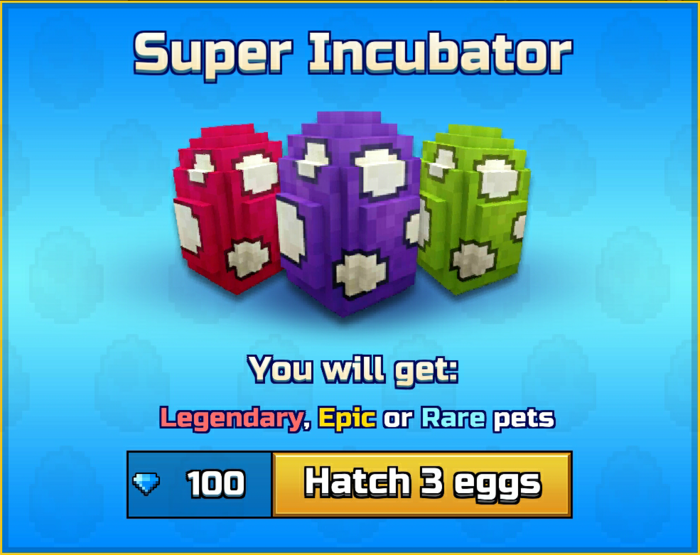 This category lists all of the pets and eggs in Pixel Gun 3D.