Pixel Gun Wiki
Register
Don't have an account?
Sign In
Advertisement
in: For Sandbox, Gadgets, Sandbox Gear,
and 2 more

Not to be confused with the Jukebox, a craft item.

The Disco Ball is one of the sandbox-exclusive gadgets introduced in the 10.1.0 update.

Much like the Jukebox, it looks like a grey turret from the base with speakers on the sides, with a black, spinning disco ball with multiple bright, fluorescent colors including red, blue, green, yellow, cyan and magenta. Each side has a square-shaped center with a green light in the center of each center, respectively.

The Disco Ball is deployed like like a Turret. It can be deployed anywhere on the map. When a player gets close to it, disco-like music will emit out of it.

The Disco Ball has some sound effects itself, where they technically are its soundtrack. 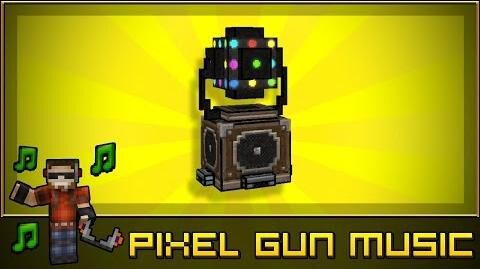