Not to be confused with the craft item called Dragon.

The Dragon is a character and the boss for the second world of Campaign on the mission, Parallel World.

The Dragon is black with red outlines. It's body appears mostly blocky in shape and posses a pair of large black wings. Its also contains some dark gray details such as it's scales mounted on the back. It is similar to the Ender Dragon from Minecraft, however, most of the purple colors on the dragon are now replaced by red highlights and accents to avoid copyright infringement.

The Dragon sent the monsters in Newbie's world. After the Dragon is defeated, Newbie will ask him to chase out the monsters from the world. The dragon agrees, coming up with a question about why they are square and thinks that he could find a solution. The newbie and the Female Survivor then rode on the back of the dragon and flies to the Crossed Worlds. In the Swamp level, the Newbie and the Female Survivor passed through a barrier which the dragon couldn't cross. After the dragon told them that the barrier was made for the creatures of this world, and they bid farewell.

He will fly towards you, and if you try to evade him, he will fly in a circle around the center pillar. Be aware, the wings also deal damage. Due to the map's small size, it is important to avoid falling off when avoiding it. Also when fighting it, make sure to not fall off the floating island. 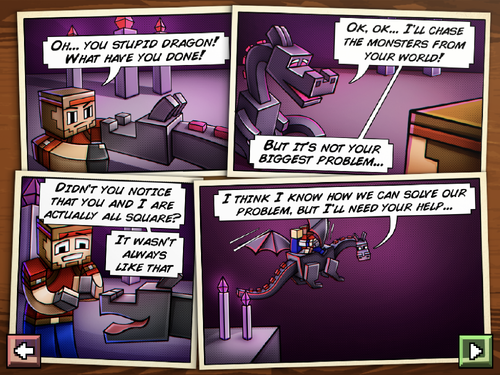 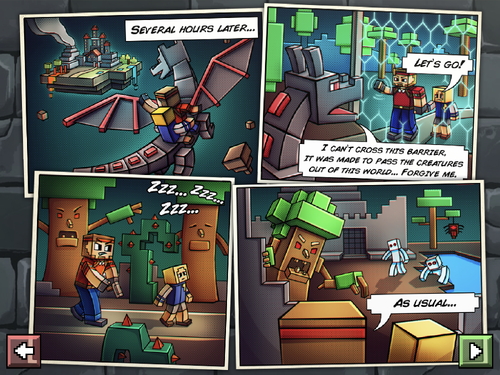 Another picture of riding a dragon.

The Dragon in Knife Party, breathing out fire.

The old version of this boss, the "Ender Dragon".