This article describes a Pixel Gun 3D weapon. If you're looking for the same weapon in Pixel Gun World, see Marksman (PGW).

The Marksman is a Primary weapon introduced in the 5.5.0 update.

It is a tiger-themed assault rifle that shoots regular bullets. It has somewhat high damage, a great rate of fire, good capacity, and decent mobility.

It has a tiger stripe camouflaged Steyr AUG A1 with a foregrip, brown magazine, trigger guard, black scope, and muzzle. It also has a 4x scope.

The player automatically shoots regular bullets with instant travel time. It's very accurate at hip-fire and is even more so while scoped. Unlike most weapons, this gun is a hybrid. It can be useful at medium to long-range with its scope, and also close range with its high fire rate and decent damage. This weapon has terrifyingly high damage and can tear away at an enemy’s health in seconds.

When reloading, the player takes out the magazine and replaces it with another one. It has no delay mechanics.

This weapon will run out of ammo fairly quickly if you use it the whole match. Even if you could probably survive and last through the whole match with this weapon alone, ammo would be your biggest concern. Have a backup and a sniper nonetheless for some long-range duels.

Initial release with only one upgrade.

It received an extra upgrade, which was the last weapon to change its model during upgrading.

The Marksman in use.

The 4X scope of the Marksman. 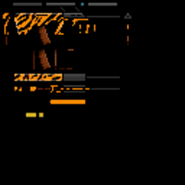 An extracted model of the Marksman.