Point Capture is a gamemode introduced in the 10.0.0 update.

When the player joins a game, they will be automatically put in a different team.

The goal of the gamemode is that a team must generate 1000 points or have the most points within the time limit by standing and/or moving around inside the specific areas of the map that generate points. Once the player stands or moves inside the point's radius for a certain amount of time, the point is automatically 'claimed' by the player's team and will generate score points for it. If nobody from their team is standing on the point, and it is already claimed, it will be marked blue. The points claimed by the enemy team though, will be marked red. There are 3 bases: A, B and C. The points have a circle marking the range that they step in for generating points. More than one player from the same team standing at the same point captures points slightly faster. 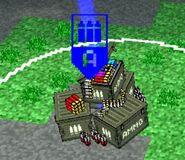 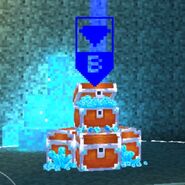 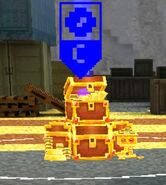