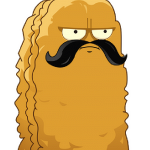 aka I dont know

I am a Human! Just a student trying to not get bored in everyday life by escaping into the digital worlds where we shoot people and get rewards for doing so. Besides that, I just came to realize that there are wikis everywhere about almost every single thing in this world! So I decided to choose this wiki as a starting point (And of course because I play this game). Plus, I live in Indonesia!

I play this game for fun and not always take it seriously, but when I do take it seriously, I tend to overachieve. My favorite farming strategy includes Deadly Games (seriously, I get 60% of my trophies/"Shields" from this game mode). Point capture being my the most enjoyable farming game modes. I have 4 accounts, 1 on my old broken Ipad (Lost forever since Apple Storage and data saving sucks), 1 on my newer Ipad, another one where I'm only a 50% shareholder (My brother owns it to be more precise), and 1 on my own phone (cuz Play store and Google Play Rocks!).

How PG3D was Introduced to Me:

My Dad found it and thought that it was related to Minecraft. Instantly got addicted to the game (but Minecraft remains Numero Uno). Until My first Ipad couldn't handle the game anymore and is pretty much broken at this point in time.

I started out in the early days of PG3D, where the APM was all the hype. So, naturally, I got one and became a spray and pray kind of player. After the loss of the first Ipad, I began farming, grinding and working on a new account. Following my old playstyle, this time I used the Crystal Laser Cannon and still maintain my Primaries as my main weapon for getting kills. In my most recent account, I started adapting to Sniper weapons and Heavy weapons.

I don't know, I'll let you judge if you have the fortune/misfortune to meet me in PG3D.

Honestly, I don't know what I was thinking about when I first came up with my username (pretty much all usernames, nicknames, codenames, and namable things in life), but I just roll with it (for some reason).

It was (Mid) 2013 and back then I aways had my Ipad 2 and my Ipod as the main source of entertainment (excluding Tv of course). Of course, I was always watching Youtube videos on Minecraft, Playing Minecraft on my Ipad and Ipods, looking at the Alpha and Beta versions of Minecraft wishing I had it on pc. Then, my dad was on one of those moments where he downloads some random games to introduce new things to entertain the family, this time it was for me (and my brother). He mistook PG3D for being related to Minecraft and downloaded it from the app store, when I first saw it I just said: "That's not Minecraft"

Then, when I actually opened the game, it was an fps game that took the idea of cubed from minecraft and guns from some other random games. I gave it a try. Soon I became addicted, at fighting dumb monsters. Farming from coop survival and arena. I bought the Automatic peacemaker and just finished off at level 12 or 16.It was not until all the way at (late) 2015 did I opened this game again and started to get addicted to it (again). The reason was that my brother saw this game once in "His" tablet (technically my parents but its supposedly mine due to the gmail account being mine, but my brother owns 60% of the games) and played it. I guided him when he asked me how to play, seeing my brother playing the game made me wanna open my PG3D again.

Eventually I openned it, bought the prototype, fully upgraded everything I had, and levelled up. I started playing seriously when the Dead Star first got added into the game, it was my favourite backup back then. After purchasing that gun I actually started playing and winning Team fights, death matches, the (occasional) point/flag capture. I stayed away from Deadly games, but by 2016 I started being competitive and started farming trophies this time. By (mid) 2016 I got the Laser Minigun, and boy was that thing powerful. However, that all changed when I levelled up to level 27. Things just got more complicated, players using Anti-Hero Rifles and other one shot kills. So, I ran away back into coop survival (sad and patethic, ikr?) and Deadly Games. Things just got harder and harder, as if the lag was bad enough, my Ipad was totally obsolete at that point and just couldn't take anymore of the 2GB game. Basically, it broke, along with my tablet (for some reason the lag, stuttering, freezing got worse on every new update). And then, I gave up playing PG3D (At this point in time I started looking at the Pg3D wiki, but it was just out of curiosity of wanting to know what the wiki was about).

Then in 2017, My dad got a new Ipad, and I downloaded PG3D (but Minecraft still goes 1st). Starting from scratch, but this time, I knew what to do and how to play. I killed people left, right, and center (perhaps it was because of the boost of firepower for getting the Social Uzi). Saved up a lot of gems, eventually leading me to where I am today (Or at least, where my PG3D account: Emerald Knight is today). My main primary is the Crystal Laser Cannon and I don't care about the updates, but this will always be my favourite gun.

This ultimately lead to me downloading PG3D once more, this time on my android phone. I just said to myself, "Why Not?" and because android has playstore and if my appstore PG3D were to suddenly die or lose, I wouldn't be totally depressed about wasting a part of my life for it. I followed the same things in my phone, but this time, I started to follow the trend. In the beginning, I wanted the android account to be a full-fledged anti-mainstream account, where I would use every single one of my weapons equally. That started out well until level 27 and the combat level update. Beyond that point, I just used my Wyvern and my Heavy. And this is when I started looking for advise in the wiki. When I started reading multiple pages I found some new things, but I also saw some needed improvements. I ignored that fact until I realised we could edit that wiki if we made an account. And so I did, and here I am.

The reason I joined this wiki was that of some outdated articles that kept on bothering when I read on strategies and what not. Then, after some researching (1 minute) I realized that I can sign up and make an account for wikis and stuff like that and I thought: "Meh, Might as well fix these articles..."

And then I started getting addicted to editing (in the first few days of joining) and being an editor. There are so many things to read, edit, comment, and I just liked doing all that (Of course the only times I'm not active is because of real-life priorities I need to face).

Am I a good contributor?

I'll leave that for you to decide yourselves.

Note that this would be Indonesian time and dates.

Retrieved from "https://pixelgun.fandom.com/wiki/User:LastWinder?oldid=222286"
Community content is available under CC-BY-SA unless otherwise noted.