Village in the Map Selection.

3
Village, AKA Utopia, is a multiplayer Co-op Survival map and it's also the first stage in Block World in Campaign.

After jumping through the portal in School, Newbie hears the Female Survivor being attacked by the Evil Chicken Man, and rushes to the rescue.

The coin is in a house to the left of where you spawn.

The gem is located near the corner of the map that has a well.

This level is an extra large map, as it is a valley with a village, a forest, a little desert containing cacti, a well that can kill you if you jump in, and large green hills surrounding most of the map. Tall grass were introduced to the map in the 6.0.0 update. 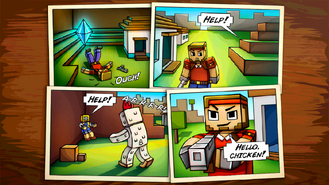 The story comic for Village. 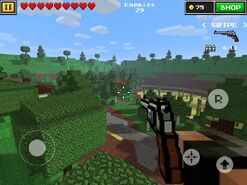 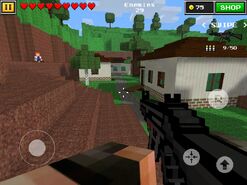 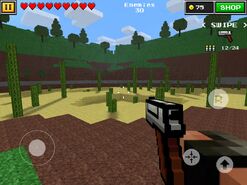 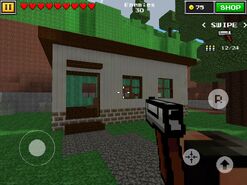 A house in the forest.